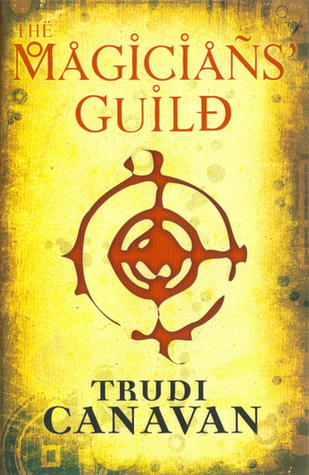 Book Blurb:  Each year the magicians of Imardin gather together to purge the city streets of vagrants, urchins and miscreants. Masters of the disciplines of magic, they know that no one can oppose them. But their protective shield is not as impenetrable as they believe. Sonea, angry, frustrated and outraged by the treatment of her family and friends, hurls a stone at the shield, putting all her rage behind it. To the amazement of all who bear witness, the stone passes unhindered through the barrier and renders a magician unconscious. The guild’s worst fear has been realised …There is an untrained magician loose on the streets. She must be found before her uncontrolled powers unleash forces that will destroy both her, and the city that is her home.

Review:
Before i start the review, let me just say that I’m already rereading this book while I wait for the next book to arrive. What does that say about this book, other than you amount of tea’s you have already seen. This will probably be my next book series/trilogy addiction, with the added fact that Trudi Canavan has two other trilogy’s in this world.
Apparently this author is famous for her female protagonists, which for some reason appeal to me.
Anyway, this book captured my imagination beautifully. What got me interested was the first paragraph that talks about spirits the wind, I don’t know the relevance to the book but it was quite deep I guess.
The main character, Sonea, is unlike other female main characters, for one thing, there is no actual romance at all in this book. There are people I would like her to be with due to how they act around each other, but overall, this book is based more on other aspects of a person’s life other than their love life and interests. This actually gave us more insight into the characters personalities in other events and circumstances.
Most gripping, must read next book, stories usually end in cliffhangers if I’m being stereotypical. This book did not, in my mind, leave me guessing the next event, but it was still such an amazing book I ordered the next book two minutes after finishing the book. I actually read the book in around four hours.
Overall, I thoroughly recommend reading this and I would love it if the trilogy became a TV show (as long as it was good and nothing was too badly changed ‘obviously’)